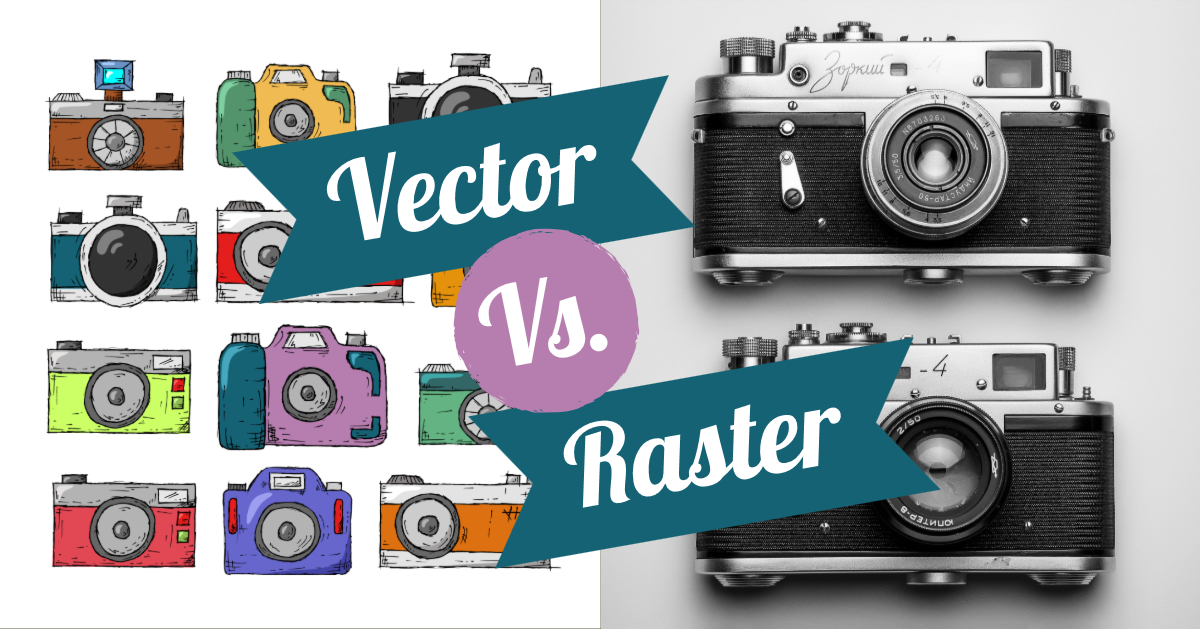 If you working with a printer, web developer or graphic designer and have been asked for your company logo in a certain file format, you might be questioning what the difference is and why it’s important. Well, here’s the scoop!

There are two types of file formats commonly used in the print and web industry called vector and raster.

A vector graphic is made up of paths, each with a vector or mathematical formula that controls its shape and color. If you look closely at a vector image you will see control points with curves between them, almost like a child’s connect the dots game.

A raster image is like a mosaic made up of dots or in this case pixels. Each pixel is actually a tiny square assigned a specific color, and like tiles in a mosaic, they are arranged to create an image. More pixels within a unit area means higher resolution and quality.

So, how can you tell if your file is vector or raster? The only way to know for sure is to open the file and get a close up look at part of the design. If you see the vector lines and dots, you’ve confirmed that it’s a vector graphic. If you look in a see tiny dot then it is a raster image.